Not only is Torrance the largest city in the South Bay, it is the eighth largest in LA County. Torrance has a miriade of options for everyone. From great parks and city services, to quiet family neighborhoods, Torrance is a great example of a live/work city. You can live just a stone’s throw from the Pacific Ocean and work just 10 minutes from home – all without leaving the city limits. Torrance has one of the area’s largest school districts with 4 high schools, a community college, and a great reputation for excellence. Neighborhoods include The Hollywood Riviera, Seaside Ranchos, Old Torrance, Walteria, Southwood, West High, and others – representing many options for homeowners. Prices typically start around $700,000 for a single family home further from the beach and rise into the $2-6 million range for beautiful homes on the bluff in Hollywood Riviera or the large lots and  Seaside Ranchos (Christmas Light area) in the Southwest corner of town. 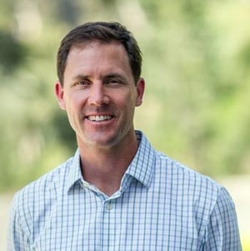 Kyle brings a unique perspective to serving his clients needs. His professional experience includes over 10 years of real estate sales coupled with a background in tax and corporate accounting, as well as serving the public for over 20 years as a Los Angeles County Ocean Lifeguard Captain...