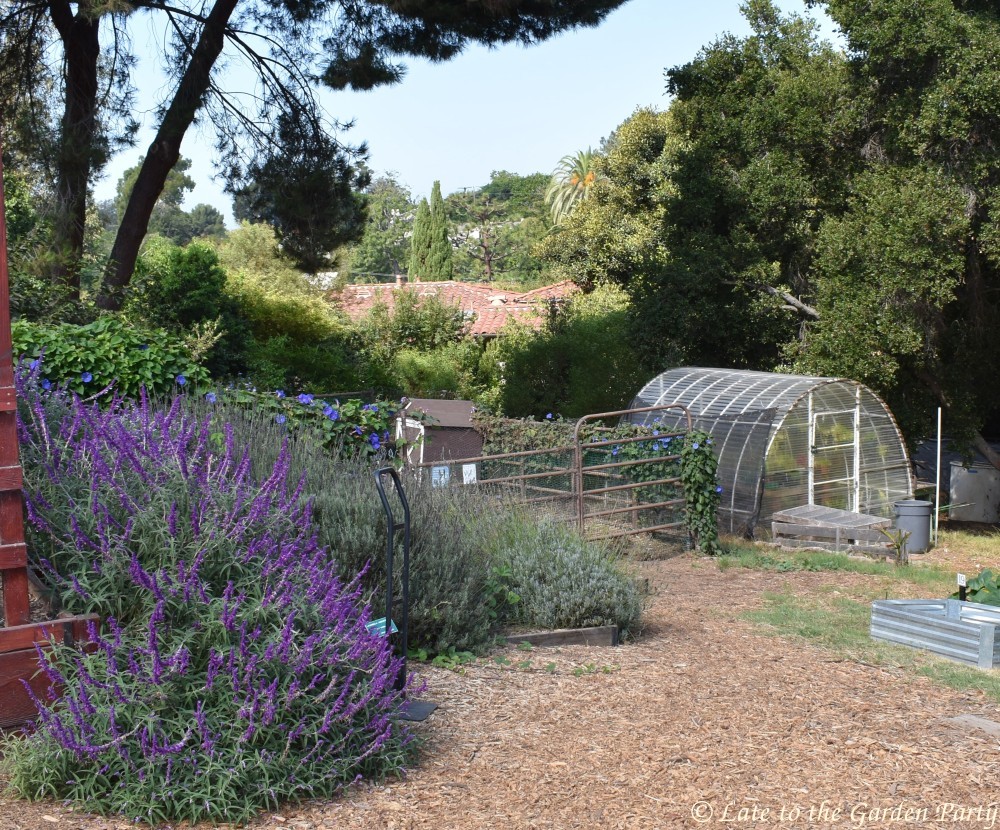 Here’s an article from the LA Times talking about a cool project going on at Valmonte Elementary school.
A Palos Verdes Estates garden aims to help kids dig veggies
Volunteers convert a hillside plot into the Valmonte Farm and Nature Garden, the latest project in nonprofit group’s effort to teach youngsters about healthful food.
September 16, 2012|By Martha Groves, Los Angeles Times
Teacher Lauren Citrowski, 28, center, and students Estefani Hernandez,… (Irfan Khan, Los Angeles…)
The temperature had soared to nearly 100 degrees by late morning in Palos Verdes Estates, making it a fine day to cool off at the beach or a water park.  Instead, Chloe Solandt, her face pink from heat and sun, was sanding boards and stomping through dirt as she and 150 or so other volunteers built an edible garden on a one-acre hillside plot at Valmonte School, an early learning center.  “I’m really interested in agriculture and food sustainability,” said Solandt, 17, a senior at Palos Verdes High School. “I’ll be going to each station.”  She had plenty of sweat-inducing tasks available to her. At the various stations, volunteers of all ages wielding paintbrushes and battery-powered tools could assemble redwood picnic tables, construct an arbor or a small-scale red barn, fill wheelbarrows with wood chips or plant fruit trees.
The occasion was a “community garden build day,” and a community indeed turned out to create the Valmonte Farm and Nature Garden. Dave’s Tree Service kicked in a mini-mountain of mulch. Kellogg Supply sent heaps of soil amendments and compost. The Palos Verdes Peninsula Land Conservancy donated native plants.
And Tomas O’Grady good-naturedly assumed the role of project foreman.  O’Grady, 45, who grew up working his family’s small farm in western Ireland, immigrated to the United States 20 years ago and retired about five years later after making a fortune in real estate. Last year, O’Grady unsuccessfully challenged incumbent Tom LaBonge for his Los Angeles City Council seat.
Fourteen months ago, in an effort to give back to the society that enriched him, he started Enrich LA. The nonprofit group’s mission is to establish school gardens, primarily in low-income areas. The aim is to help youngsters learn about where food comes from and about environmental stewardship, conservation and nutrition. Enrich LA gardens demonstrate that “home-grown” can be as tasty as burgers and fries.
“We’ve done gardens at schools along the 110 corridor where the chain-link fences are topped by barbed wire, an extra touch to get that prison vernacular,” O’Grady said. “In most cases, we’re ripping up asphalt to put in gardens.”
His first project was at Thomas Starr King Middle School, a Los Feliz magnet, which his daughters Eireann, 13, and Lauren, 11, attend. “After I built the garden, I saw the changes it brought,” he said. “It was a visual announcement that the school was mending itself.” O’Grady helped found an environmental studies magnet program at the school, where student activists two years ago kicked off an effort to ban plastic foam trays in the cafeteria. In August, the Los Angeles Unified School District switched to money-saving recyclable paper trays for all its schools.
Palos Verdes Estates is hardly an economically challenged area, O’Grady acknowledged, but Diana Heffernan-Schrader, a parent activist, “called us up and insisted.” Once O’Grady saw the site, which years ago had been a garden but had been long neglected, he was on board. Heffernan-Schrader, whose two daughters attend Valmonte, said she envisions edible gardens at every school in the Palos Verdes Peninsula Unified School District.
martha.groves@latimes.com
via An edible garden grows at a school in Palos Verdes Estates – Los Angeles Times.

Be Safe and Aware

Once again, Halloween in Valmonte did not disappoint! The Halloween tradition is one of the unique...
Continue reading
by Kyle Daniels 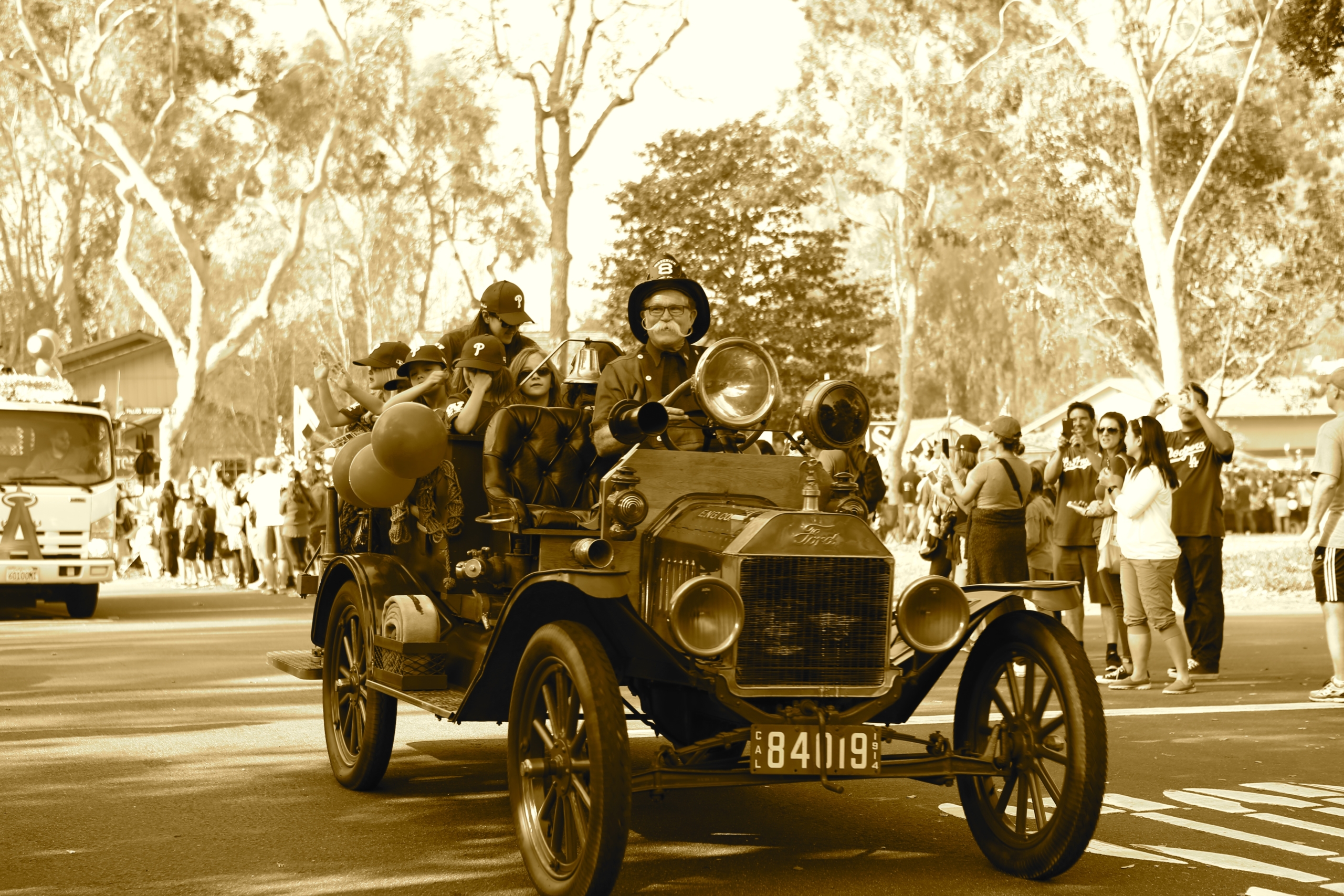 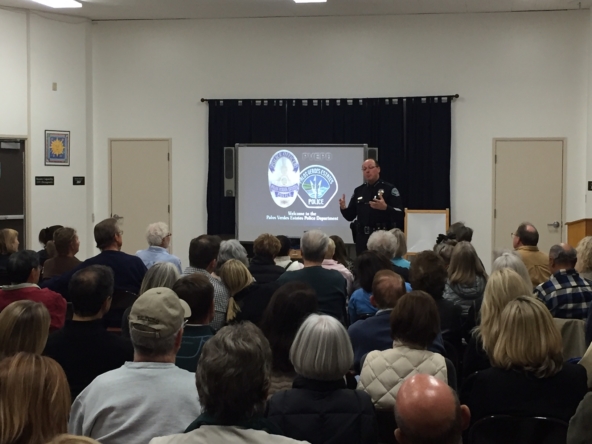 “40% of Crimes are Preventable”